Sports lovers love sport games, fashion lovers love fashion games, puzzle lovers love puzzles and the classifications go on and on. However, there’s one class of game that most gamers in the world today just seem to love and this is shooting games. Unfortunately for gamers though, the best shooting games had been restricted to consoles for quite a while but thanks to the development in mobile technology in the last decade, game developers have started to bring our best console games to the small screen.

What are the best free shooter game for iOS devices?

The shooting games for iPhone and iPad provide plenty of action and adventure, play competing with weapons that seem increasingly closer to reality. Ironically, many of the shooting games available on iOS devices are free. There might require lots of space and the downloading of regular upgrades to keep them ticking along, but they require no initial purchase fee.

This is arguably the most popular and most exciting first person shooting game on iOS devices and it’s easy to see why. A lot of its reputation may come from its rep on consoles but the mobile version is well-made as well.

For starters, the graphics are exceptional and the realism is as advertised. Just like the console version, you get to enjoy many different modes, many different weapons and some knife action when you run out of ammo. The game does exceedingly wellproviding gamers the experience of battle royale, sniper and player vs player in PvP mode as well.

One of the better mobile FPS Shooting Game for iOS devices. From the gameplay, it is obvious that it was partially modeled after Call of Duty and though it does well in its own right, it can’t take top spot from COD.

What it can do, however, is provide you with exciting, first-person shooting action. It also has very nice graphics. Unfortunately, just like the game it closely resembles, the game can only be played online.

This is easily one of the best shooting games available on iOS supported mobile devices. This is the first zombie-centric shooting game on my list and you have to love the level of detail it has. It combines an interesting story with run for survival and all of the grisly zombie-killing we can expect from this brand of apocalyptic game.

You might have to spend some currency to access all there is to this game but it should be worth it. The only flaw I can point to is the expected lack of innovativeness (how developed can zombies get though?).

This is an online FPS shooter with multiplayer RPG element. This started out like a scene straight out of Edge of Tomorrow and delivered on its sci-fi apocalypse vibe. I personally loved customizing my legend and using weapons that packed more oomph than your regular guns.

My only reservation is that, for a game that is basically imagining an extinction-level alien invasion, the beginning had some sound effects that could only be described as chipper (give me some solemnity, please).

I had checked out some sci-fi shooting games and some tactical combat games, and I felt it was the time for mechanical, spaceship action in the mold of chicken invaders. Infinity shooting topped my list for such games.

It might not offer a lot in terms of tactical flexibility but from the potential special effects to the little bonuses you pick up as you play, it has enough excitement to be a good step down from battle royal games.

For people who are looking for some non-human, non-first person shooting games, Bad2Bad is the best you can get. Those humanoid animals moving together in tactical units are not a bad sight. This shooting game is optimized for playing on iPad devices.

However, fierce-looking animals on the cover sort of raised my expectations for the graphics and effects but that wasn’t to be. Keep your expectations regarding graphics down and you should enjoy it as much as I did.

You could see what the developers of this game where trying to do with the name and the gameplay followed in that direction. I played with a few friends in PvP multiplayer mode and though there were not that good, the potential for fun in the game was obvious.

Like most shooting games at this level, there were lots of weapons and available upgrades on weapons. The maps were really helpful as well but if you want the full excitement, you may need to dig in for some in-game purchases.

There are many first person shooter games that allow for a lot of mobility and strategic activity but not so many quality sniping games. Though, sniper strike doesn’t offer what those other games do, you can enjoy it.

The sound effects, combined with the graphics and in-game weather situations make for an interesting game but I couldn’t help but feel bored by the repetitive nature of the missions (I think this is the major problem with sniper games).

Another sci-fi shooting game for iPhone that incorporates a lot from the shooting games that came before it, infinity ops is interesting to play with friends. I loved the comprehensive training I was given before starting the game and the locations were very futuristic.

The only flaw I can point to is the absence of an extensive campaign mode with missions that get the blood pumping and increase the stakes.

I think the fact that this game wasn’t first person shooter detracted a little from the excitement but the vision such a game affords is worth it sometimes. On top of that it’s one of the best 3D shooting games for mobile. That said, there were weapons, missions, good enough graphics and that iconic punisher-esque skull logo to make my shooting around very interesting. This game brings the fun and avoids the unpredictability of COD and the likes while staying relatively affordable.

Brothers in Arms 3 is military fighting games based on the 2nd World War in which you’ll have to control soldiers and all weapons to shoot the enemies. Somewhat surprising when you consider the quality of the gameplay, its spectacular graphics and other improvements that the game offers. It will surely entertain you for hours.

Frontline Commando: D-DAY is another kind of shooting game in 3RD person for players who love to war. This game is set in World War 2 involving many violent conflicts and full of blood. All the climate of war will provide many extremely heavy and violent feelings on the screen of your device.

Six Guns is one of the longest-running games in the App Store and has received many updates to make it a real toast for gamers who love to play shooting in the Old Wild West. This title of Gameloft takes you to the Far West to end all kinds of creatures and enemies of our horse riding.

Blitz Brigade is one of the funniest online shooter and cheerful shooter game from Gameloft. It features a multiplayer mode where players can participate in team matches with chat support. 12 gamers can attel at the same time using hundreds of weapons.

What did you think of this collection? These are just some of the most important shooter in the App Store, but there are many more! What is your favorite shooter game for iPhone? Let us know in the comments! 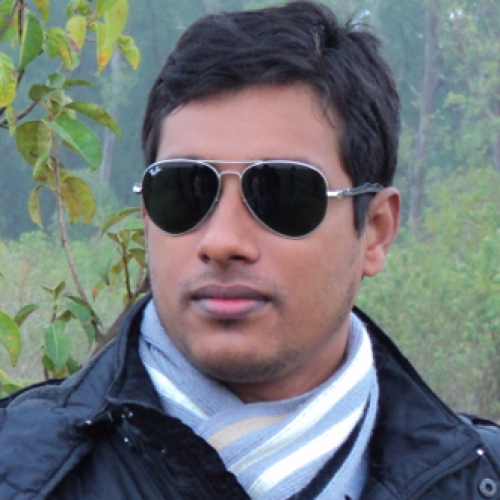